What do we know about Salmonella infection in nursing piglets

Although there have been numerous studies on experimental Salmonella infections in piglets, the reality is that there are few field studies that have evaluated the prevalence and dynamics of this infection in the lactation period.

This is understandable because, to properly determine infection levels in a piglet population, a large number of animals would need to be euthanised and submitted to the lab, as the colonization of the bacteria needs to be investigated in target organs such as the tonsils, and ileocecal and mesenteric lymph nodes. In many countries, culling such young animals to assess this aspect would be unethical, as well as quite costly. Therefore, the few studies published so far are based exclusively on analyzing the prevalence of shedding, i.e. the presence of Salmonella in feces. 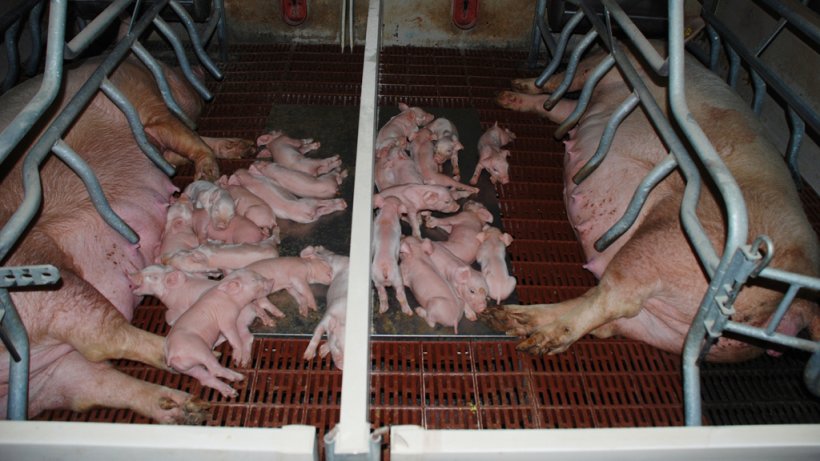 These studies suggest that the proportion of nursing piglets that excrete Salmonella is generally low (between 0%-10%), which is generally associated with high levels of maternal immunoglobulins (colostrum) protecting against infection and higher levels of biosecurity on the sow farm. This contributes to the fact that salmonellosis is not considered a major disease for this stage of production, and its infection implications in later stages (transition and fattening) have been little studied.

However, all these studies are based mostly on the analysis of a small amount of fecal matter obtained from rectal swabs. It is well known that the sensitivity of bacteriology results of fecal samples from asymptomatic animals is directly related to the amount of feces used, so it is very likely that these studies have underestimated the true prevalence of Salmonella shedding in these animals. Furthermore, the absence of shedding does not necessarily prove that an animal is not infected, as intermittent shedding in infected pigs is a clearly demonstrated phenomenon. 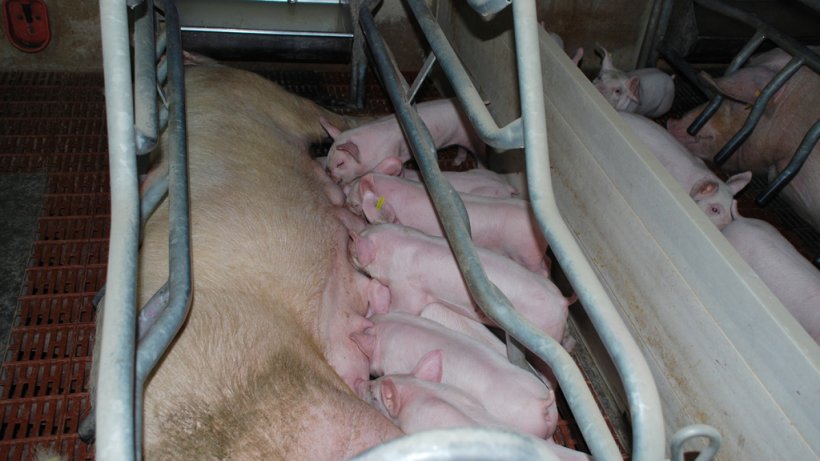 In Spain, the fact that there are slaughterhouses specialized in slaughtering suckling pigs for human consumption offers a great opportunity to study Salmonella infection in weaned piglets in detail, without the ethical drawbacks or economic costs previously mentioned. This is how our team investigated the prevalence of Salmonella infection and shedding in a population of 495 recently weaned piglets (approximately 4 weeks of age) from 5 GP sow farms that were serologically positive for Salmonella. And the results were surprising…

36% of the piglets were infected (mesenteric lymph node colonization) and a similar percentage (35%) were shedding the bacteria. The main shedders were obviously the infected piglets (70%). This is not surprising since, given the age of the piglets, it can be expected that those were primary infections, and shedding is easiest to detect in this situation. These results, together with the fact that they showed no clinical signs of disease, highlighted the active role the piglets were playing in maintaining the infection on these farms.

The main serotypes found in piglets included the monophasic variant of S. Typhimurium (35.4%), S. Rissen (17.1%), S. Derby (10.9%) and S. Bovismorbificans (10.3%). In most of the infected animals (72.8%) the same serotype was found in the mesenteric lymph nodes and in the feces. These serotypes coincided with those excreted by the sows present on the farm at the same time as the piglets. In fact, 89% of the serotypes identified in the sows were present in the piglets. Further genetic analysis by pulsed-field gel electrophoresis (PFGE) of Salmonella strains isolated from both piglets and sows determined that there was a high genetic correlation (>90%) in 75% of the comparisons, suggesting circulation of Salmonella strains between the sows on the farm and the piglets.

Meat juice samples from the piglets were also analysed to quantify the levels of specific antibodies against Salmonella. The main finding was that ELISA values (measured as percentage optical density – %OD) were significantly higher in samples from uninfected piglets than in infected ones (median %OD of 17.3 and 12.0, respectively; P=0.002). Considering that at that age the only antibodies present in the piglet are of maternal origin, this result would suggest that colostrum from the sow may have a protective effect. Therefore, ensuring adequate colostrum intake in the first few hours of life could be a basic strategy to prevent Salmonella infection during lactation. Increasing the quality of colostrum (i.e. the amount of immunoglobulins) by vaccinating sows prior to farrowing should also be considered as another possible strategy, although studies would be needed in order to confirm this.

In summary, the results of this work suggest that the prevalence of Salmonella infection in lactating piglets from seropositive farms is certainly much higher than expected. This could impact the nursery stage, especially now that preventive antibiotic treatments to which Salmonella was highly sensitive (e.g. colistin) have been eliminated. Ensuring that piglets intake sufficient colostrum, together with strategies that help reduce shedding in the sows (e.g. use of certain feed additives such as organic acids, prebiotics, etc. or vaccination of sows) is likely to result in improved control of Salmonella infection on production farms. However, further research is needed.